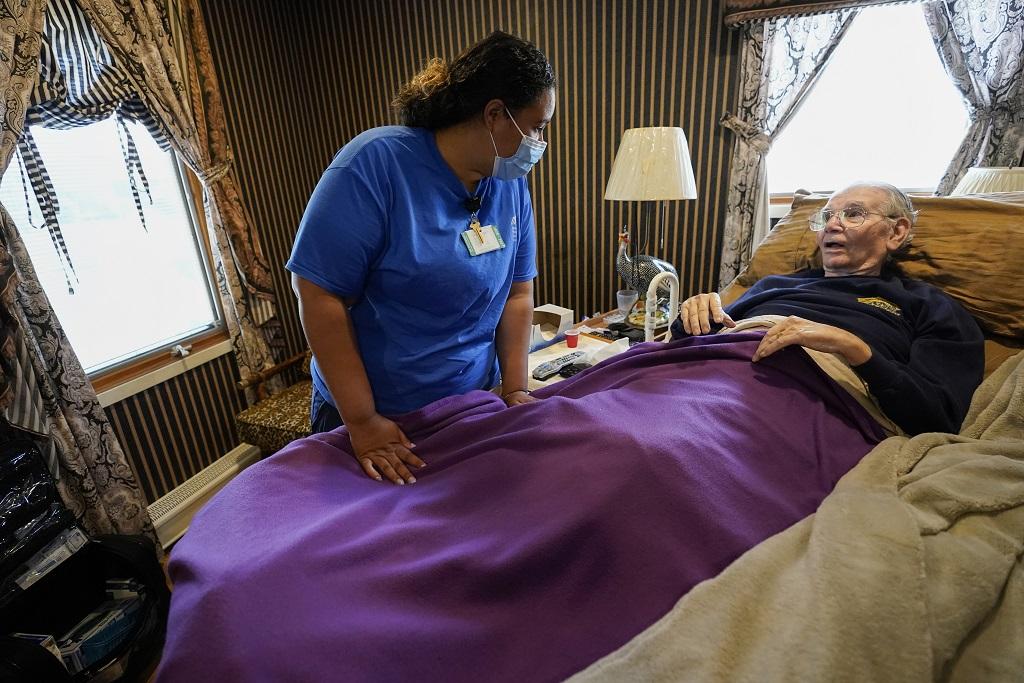 “Being a caregiver is not easy … it’s hard work,” said Aurora Castillo Garcia, 28, who took on the care of her mother-in-law as she battled cancer in early 2020. “It’s emotional, it’s physical, but it is also rewarding.”

Garcia, a single mother of two who lives in Moses Lake, Washington, first took on the task of supporting her mother-in-law as an unpaid caregiver. While caring for her, Garcia worked in retail, stocking produce for a large grocer, though she soon saw her hours reduced during the course of the year. She also was a seasonal delivery driver for a produce company. That was until she pursued training in caregiving through the SEIU 775 Benefits Group in early 2021. (SEIU 775 represents 45,000 long-term care workers in Washington and Montana.) Since the training to become a paid caregiver for her mother-in-law, the additional income and benefits she has received have helped to fill in a gap for her family.

The Bipartisan Policy Center and Morning Consult recently conducted a poll on the impact that caregiving has had on workers since the beginning of the COVID-19 pandemic. The poll of a national sample of 2,200 adults found that 66 percent of Black and Latinx caregivers said that family caregiving responsibilities impacted their ability to work, a level ten percentage points higher than it was for white caregivers.

Accordingly, investments in care infrastructure are particularly important to women of color, who face additional structural disadvantages in accessing quality jobs, including occupational segregation and discrimination.

Garcia now feels like she finally has found a career path and has begun the process to become a full-time certified home care aide to work for an outside agency and care for others in need. “Before, I felt like I didn’t have a skill, but now I have passion about what I do. This is where I belong.”

Read more at The American Prospect.